This may be why you’re not playing… 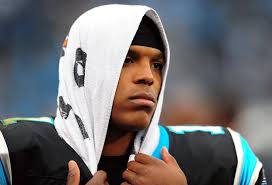 11 Nov This may be why you’re not playing…

Posted at 23:09h in Players, Parents, Coaches by Robert

Learn a little from a Hockey Coach

A few years ago I had a really interesting conversation with one of our D1 hockey players at Endeavor.

It was his first Summer with us so I didn’t know much about him, but the report I got was that his coaches felt he was extremely skilled, but too fat, slow, and lazy to contribute a significant role on their team.

After spending some time with him, he wasn’t really fat at all (~12% body fat), he WAS definitely slow, and I think “lazy” wasn’t as true a descriptor as “laid back”.

He also prided himself on playing “smart” and not being one of those players that just ran around all over the ice.

This is a tough combination of qualities to overcome as a player.

Here’s the thing…if you’re 12% body fat, but you’re one of the fastest players one your team, you’re less likely to be perceived as “over fat” and even less likely to be perceived as lazy. If you’re fat and slow, but one of those players that brings an intense, focused look to every practice (e.g. not a laid back, joking personality), you won’t be interpreted as lazy either. Players that constantly move their feet and “run around all over the ice” may not be making the best use of their energy, but they certainly won’t be thought of as lazy.

But if you have a slightly higher body fat than the team average (most colleges look for <10%), you’re not fast, and you have a laid back personality, it’s hard to interpret you as anything except lazy, even if that’s not actually the case.

The reality is that players at every level bring different strengths and weaknesses to the team, based largely on their developed skill sets and genetic make up. And while I firmly believe every player can (and should) get faster, not every player on a team can be the fastest. This, however, rarely limits a player’s playing time on a team. In combination with the perception of him being lazy, though, will certainly send the wrong message to the coach and is likely to limit playing opportunities.

The reason I’m telling this story is because I think it’s important for players to understand how they may be perceived by their coaches (and even their teammates), even if…or especially if it’s not how they perceive themselves.

As I’ve talked about in the past (See: Play the Underdog), body language matters. So does how you respond to your coach’s feedback.

With this in mind, here are three common things youth players do, how these actions are likely to be interpreted by the coach, and how you can make subtle adjustments to improve the coach’s perception of your character. .

1) Action: Rolling your eyes while tilting your head back

Interpretation: I have no interest in your feedback and would rather continue doing things my way then even listen to what you’re telling me, let alone try your suggestion. Simply, I’m not coachable. 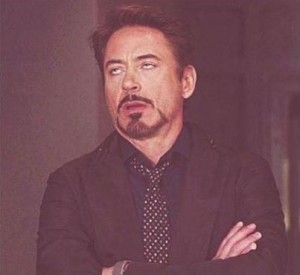 One of the few times I’d suggest not following Iron Man’s lead (Image from: EvilEnglish.net)

Better Action: Look the coach in the eye and just listen.

Interpretation 1: I’m quick to speak, but slow to listen. I think I already know what you’re telling me, despite my actions showing the opposite.

Interpretation 2: I’d rather give up then go through the uncomfortable process of improving.

Better Action: Look the coach int he eye and listen. When he/she is finished speaking, say “I’ll try that. Thank you.”

3) Sitting down/slouching at every opportunity

Interpretation: I’m tired and not ready to go.

Better Action in a training setting: Walk around and help spot/encourage teammates and clean up weights/equipment.

Better Action in game setting: Stand up, but if you must sit, stay engaged with the game. Anytime the coach looks your way, you want to look like you’re ready to go.

These are very basic ideas, but making the subtle adjustments suggested above will make a huge impact on how your perceived by your coaches and teammates (For more tips on being a great teammate, click here: 10 Qualities of GREAT Teammates). A lot of this comes down to the two simple habits of being respectful and being engaged.

One of the greatest compliments someone can pay an athlete is to say that he/she is very “coachable”. Following the tips above will help you be just that. The best part is that it’s 100% within your control. Decide to be coachable and it’ll have a positive impact not only on the rest of your athletic career, but the rest of your life as you transition into the “real world” and have bosses instead of coaches, and coworkers instead of teammates.

This may be why you’re not playing…