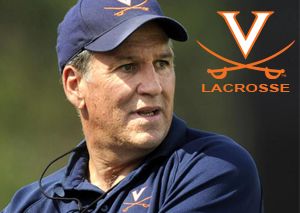 Posted at 23:31h in Players, Parents, Coaches by Robert

I wrote to you previously nine years ago, when I tried to describe the relationship between a parent and his son’s college lacrosse coach. I received enough encouraging feedback to attempt to address an issue that has grown exponentially in our sport during this period of time since — the role of the club program in your son’s development and his recruiting at the college level.

There seems quite a bit of anguish and misconception surrounding this topic in the lacrosse community. Let me begin by saying that one of my chief concerns over the growth of the club system is that it would certainly seem to favor those who have the means to participate. Those who can afford to join the most expensive club program and meet all of the affiliated costs of equipment, travel, tournament fees, etc., clearly have an advantage over those who cannot afford this same exposure. When you combine that with the availability of repeating a year and/or moving to a private school, those expenses and subsequent advantages become considerable and obvious.

While I believe the demographic for participation in our game has slowly begun to broaden and diversify, many of the club programs would seem a reach back to unfortunate stereotypes.

There also is a lot of good that has accompanied the growth of the club programs, especially for those players in more remote and emerging areas. When the best players in an area gravitate to a club team, they may easily be exposed to a higher caliber of play than they find at their high school. If there is only a limited number of qualified coaches in an area, those same players now benefit from being able to work more closely with them.

Finally and primarily, the club teams generally have greater flexibility than the high school teams to provide outlets for more lacrosse — summer, fall, winter, indoor, etc. On balance, there is no question that a young player is going to benefit from having the stick in his hands and being exposed to the game more often.

While acknowledging these benefits, I would like to immediately address an issue that has begun to emerge. I may only be speaking to my own bias, but I absolutely wince when a young player tells me that he is giving up football or soccer to “concentrate” in lacrosse. You develop a deeper fundamental understanding of the team concepts involved in the sport of men’s lacrosse on the football and soccer fields, the basketball courts and hockey rinks of your youth.

YOU WILL BE A BETTER LACROSSE PLAYER BY PLAYING OTHER SPORTS.

The qualities of toughness, teamwork, selflessness and shared sacrifice are developed in the daily environment required by participation in high school sports. While participation on a club team is not devoid of these qualities, there is no question that the commitment simply is not the same. What is of grave concern is the rising number of recent questions from parents concerning club coaches who are encouraging their sons to forgo other sports so that they would be available for club tournaments.

OK, now I am going to backtrack a little on what I just said. For the purposes of recruiting, a young high school player may need to participate in a limited number of lacrosse events during the school year. The college coaches are identifying candidates for their talent pool during the late fall and winter months. Not appearing at all at a prospect day and/or a select tournament from September to March could affect someone’s recruiting at any particular institution.

What I suggest is someone going to meet with the high school football or soccer coach and telling him, “I am absolutely committed to our high school football team. At the same time, I am absolutely committed to going to college to play lacrosse. On our off day, on these two weekends, I need to play in this particular tournament.”

Some will be reasonable, some will not. Your son may now be learning to make important decisions for himself.

I have had high school lacrosse coaches calling recently to ask how the college coaches feel about a high school and club team in the same tournament. It is not a question of competing against each other, but rather the young high school player being put in the position of having to decide between one team or the other.

If there is a choice that needs to be made, my personal preference would be to encourage someone to play with his high school teammates first and foremost. These are the people you live with, the ones you will grow up with. I believe you will want to strengthen those relationships. What I would really like to see is the club programs institute a policy that allows/requires players to play with their high school teams in these settings. It would be a good-faith gesture by the clubs regarding a young man’s responsibilities to his high school team.

Finally, how do you choose one club over another? No matter what some of the club coaches might tell you, the college coaches do not really care what club you play for. All we care about is, are you good enough?

Now, one club or another might expose you to more and bigger tournaments, but a candidate can also disappear in those settings. If we have reason to think your son is good enough, all we really need to know is where and when he will be playing. We will do the rest. It doesn’t matter whose fancy club jersey you may be wearing. Play well, stand out amongst your peers and, as Daniel Day Lewis exclaimed in “Last of the Mohicans,” we will find you!

Identify a club team with a reputable coach, someone who will conduct some practices and coach your son in a reasonable manner. A club coach with no professional training and no accountability to a high school or NCAA organization need not be screaming at your son every moment.

Find a program whose practice and tournament schedule fits your own. I would hope that you do not feel the need to turn your own world completely upside down while trying to get your son to every tournament being held. We actually witness these young men wear down when they are going constantly from one event to another.

In addition, an 11-year-old boy should be able to play with his buddies in a lacrosse event that may fall outside the parameters of his club commitment.

Finally, find a program you can afford. You should not have to refinance the house to play club lacrosse, especially since no one can guarantee you that full scholarship to Slam Dunk U.

Hope this is of some help. Enjoy the holidays.