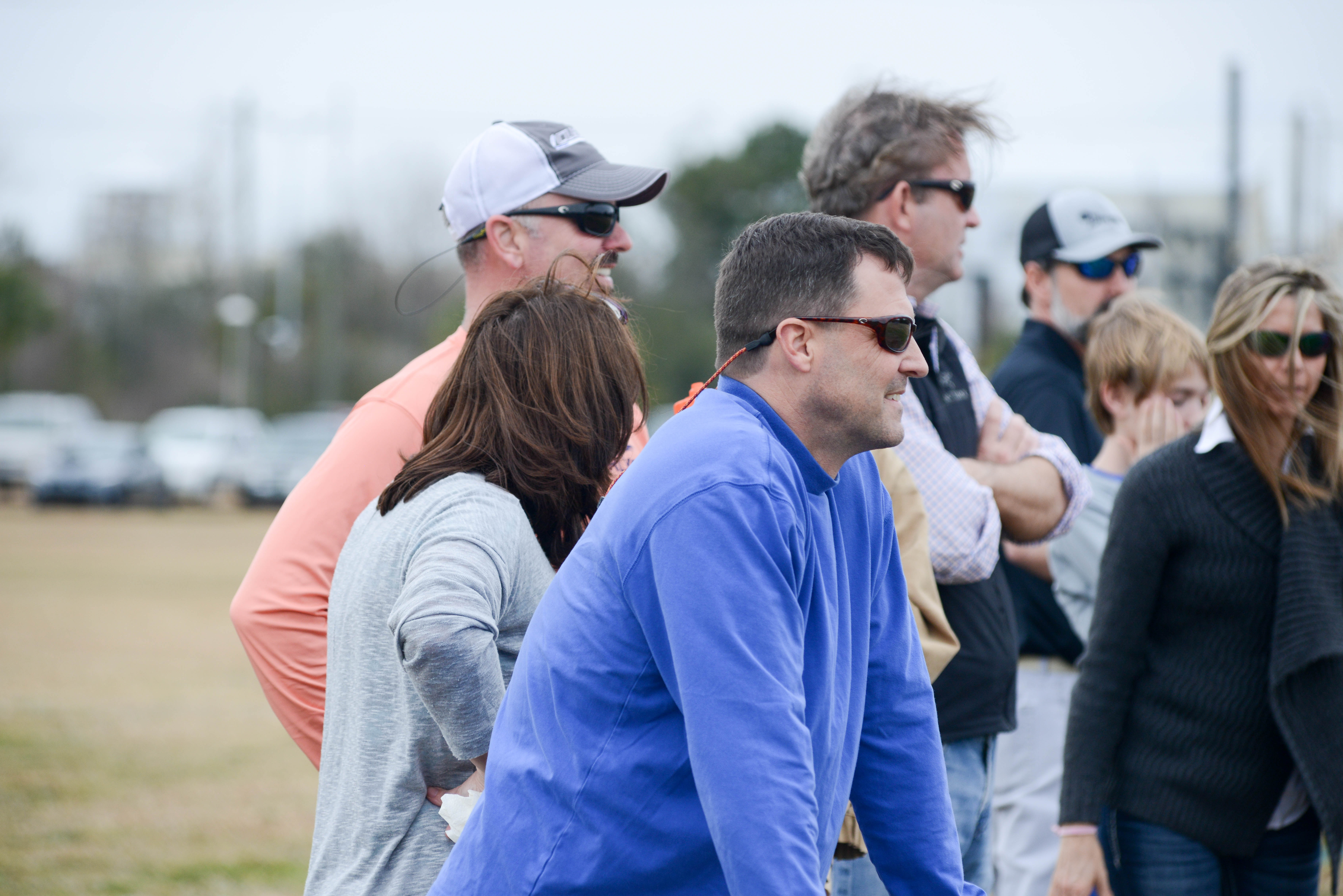 Posted at 10:44h in Parents by Robert

Reed Maltbie writes a great article on describing five types of parents that he has witnessed on the sidelines.

In his article, It’s Time to End the Sideline “Sportsanity”, he labels us parents into five categories:

Here is the full article.

As soon as I stepped out of my car in the parking lot, I could hear it. It was a beautiful Saturday afternoon of travel soccer, but there it was. You know what I’m talking about: that sometimes beautiful, often times excruciating cacophony of sounds that we have come to know as “cheering for our kids” during a typical youth sporting event.

The scene plays out week after week, in gyms and soccer fields, on pool decks and ice rinks. Young children gear up and try their best to play difficult sports that take years to learn. Well-intentioned fans get ready to enthusiastically support these young athletes. Everyone smiles, exchanges pleasantries, and settles in for an idyllic afternoon.

Then, when the whistle blows and the game starts, millions of well-intentioned, loving fans are transformed into something entirely different. There is some kind of invisible force that turns rational, logical people into raving, yelling fanatics totally consumed by every call, and every play. What do they get?

Sportsanity is the temporary insanity brought on by attending youth sports events. It causes normal human beings to yell, coach, insult, and sometimes even fight other adults, all with the best of intentions and in the name of “supporting our kids.” While the exact cause is unknown, possible causes include Fear of Missing Out, Lack of Patience, and the Adultification of Youth Sports.

Of course I am joking. There is no AMA approved illness known as “sportsanity.” We have actually written an article before on what causes it (click here to read it). And of course even our imaginary illness only affects a portion of parents, most of whom are great people and are truly there for the right reasons. Yet at every game, especially involving schools, clubs and youth sports leagues that fail to hold parents and coaches accountable for appropriate sideline behavior, “Sportsanity” rears its ugly head.

There are four destructive manifestations of sportsanity. They are:

“The Official’s Worst Nightmare” – We all know that parent who questions every call, no matter how far away he or she is. The official can do no right in the eyes of this parent. Even the most mundane of calls is questioned openly and loudly. This parent will scream at the official the entire game as if he or she knows the rules better.

The constant screaming at the poor official has a few consequences for the rest of us:

If you know the rules better, grab a whistle and an official’s uniform and join the ranks. Many youth sports organizations lose over 50% of their new officials in the first year because the environment is awful. Parents tell us they miss many of their kids sporting matches, but never miss a match they officiate, as they fear for their child’s safety!

The “UnOfficial” Head Coach – This parent grudgingly pays the person on the player side a nice chunk of change to work with their children, but as soon as the whistle blows, the gloves come off. They are coaching now.

Sure, the coach played college and a little pro, and she has an education degree, multiple licenses, and 15 years of experience coaching the sport at this level, but does she really know as much as the “UnOfficial Coach”? These parents have been watching the game for years!. They question every call the coach makes, scoff at every substitution, and hate it when the “weaker kids” get to play. The team would never lose if it was done their way.

Here are a few issues with this kind of sideline character:

I have to repeat myself here. If you think you know better than the coach, or simply cannot control your urge to joystick coach, please feel free to volunteer at your club or take a licensing course and get involved. Once you have the full responsibility of everyone’s child, you tend to better understand the fine balance a coach endures to get it right for every kid on the team.

“The Sniper” – This parent is lethal in moments of high stress when focus and concentration are needed. Many times the parent says very little, except when a player has the opportunity to make the big play. This is when the parent will scream out with a booming voice that echoes across the entire county: “Shoot!” or “Pass!” or “Man On!”

Sounds harmless, right? Imagine being that 10 year old who has just slipped in front of goal and only has the keeper to beat. Her heart is pounding out of her chest, her mind is racing, and she is trying to remember everything she’s been taught.

She’s on the big stage, all eyes on her, and this is the moment of truth – score and be the hero or miss with all eyes on you. Now imagine “The Sniper” screaming “Shoot!” in this moment of high stress. Inevitably she will panic, shoot too early, startle, or simply freeze. The moment has passed before she had a chance to do what SHE wanted to do.

“The Super Cheerleader” – These parents love watching their kids play. They love it so much they can’t help but express their joy. They run up and down the sideline screaming for their children the entire game. Everything they say is positive – like “Go, Go, Go” and “That’s my girl”. So why are they listed here?

I love the enthusiasm from these parents. They just want their child to have unbridled fun. Most of the time they could care less about outcomes. We love the passion, but maybe dial it back a notch? Here is why:

Be your child’s biggest fan. But remember, our kids need fans, but not super fans.

What can we do? Try this:

“The Balanced Parent”– This group is a bit of an anomaly because they seem immune to sportsanity. They are relaxed. They are quiet observers of the game, there to watch their child have fun and learn without any desire to interfere in the process. They rarely yell, they barely seem emotional at all, and they supportively cheer their child’s effort. They are supportive, but not over the top pushy. They are present. They realize it is a game, not an emergency!

In my years of coaching, I have found that the parents who have played a sport at the highest level are usually the ones who are most relaxed at their kids game. The more they have accomplished, the less they live vicariously through their kids (see LaVar Ball for a prime example of what not to do).

Here is why I love the Balanced Parents:

These sideline characters are fluid and can change easily. Almost all of us have been a few of these parents at some point during our lives or even during a single season. Embrace the fact you really care about your kid’s sport experience. This is why you are so vocal and I applaud you. But if you can’t channel the “Balanced Parent” at every game, there are ways to help you create a better experience for your child and everyone else.

Nobody’s perfect. We have all yelled. This isn’t about pointing fingers and embarrassing parents. This is more about making all of us realize that the people who suffer the most from our screaming are not just referees, coaches and opponents. They are our own kids!

Do your kids a favor and try one of the above suggestions to “bench” the yelling and put an end to sportsanity once and for all.