To Push Or Not To Push: Finding The Balance In Kids Sports 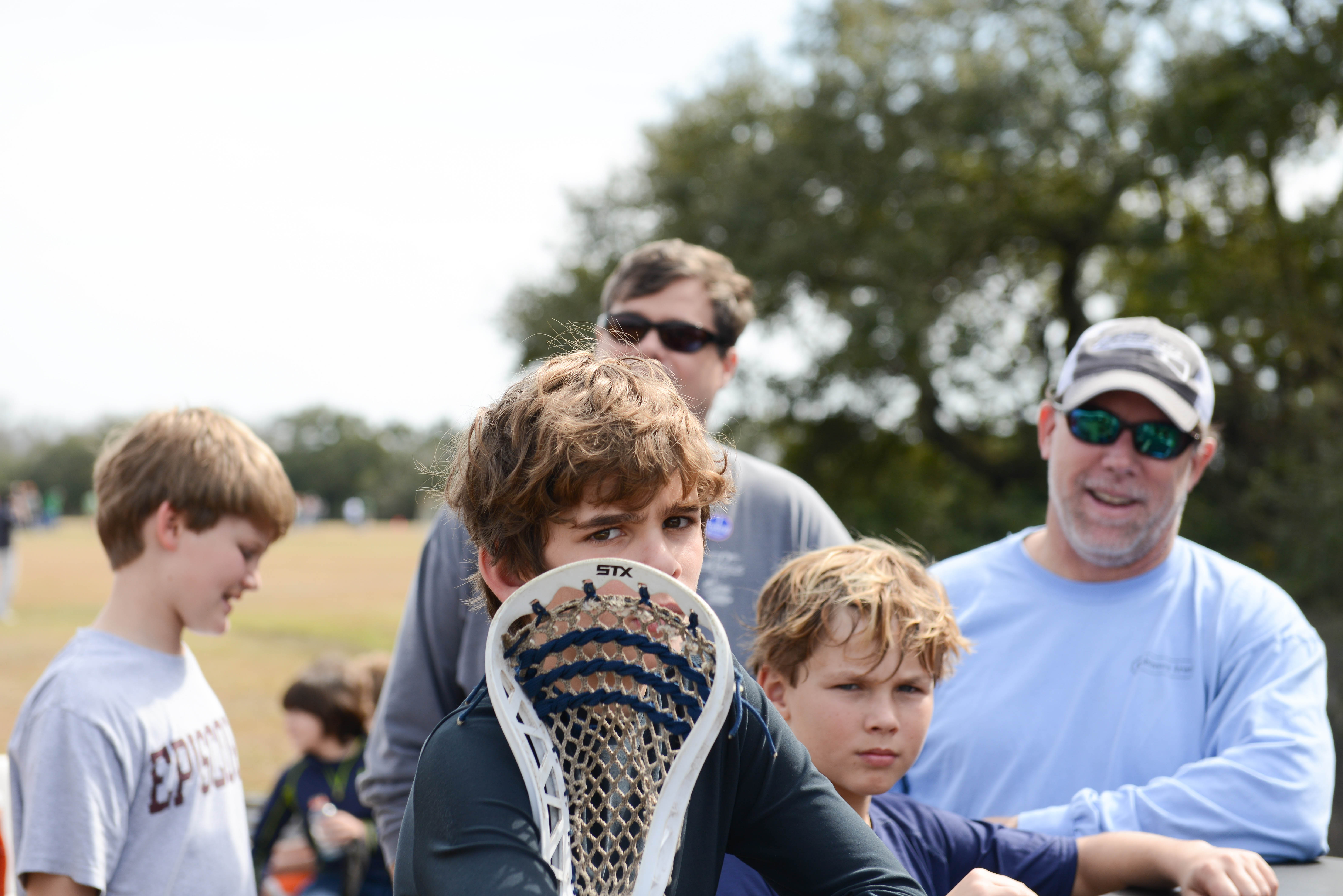 16 Sep To Push Or Not To Push: Finding The Balance In Kids Sports

Posted at 00:10h in Parents, Coaches by Robert

Studies show that 70 percent of kids drop out of organized athletics by age 13 — some due to financial or time constraints, but most because playing just isn’t fun anymore.

Fourth-grader Michael Shaw tried out and earned a spot on a local U10 boys soccer team, giving him a chance to improve his game and compete in a sport he’s enjoyed since age 4. He attended the team’s pre-season training camp; now joins team practice twice a week from early August through late May; competes in as many as two or three games each weekend during the season; and travels to a handful of tournaments around the state. He sounds like a kid committed to his sport, right?

Not compared to several of his teammates, many of whom spent their summers at (expensive!) sleep-away soccer training camps, frequently turn up for myriad optional practice sessions, and attend training workshops and drills in the off-season.

Who’s got it right? Is it the kid who’s playing — albeit at a high level — for the camaraderie and the fun of the game? Or is it the kid who is in it to win it above all, and will sacrifice many other aspects of his home- and school life to do so?

For many parents it’s tough to say. How do we know when to push our kid to excel — at a level not unlike that expected of a professional athlete — so that one day, he or she may be able to reach for, say, a college scholarship to play ball? Or when to let him try his hand at other activities he might find enriching, or simply enjoy a sport without pressure to advance and excel, perhaps ensuring that he will be forever mediocre as a soccer player? How can we possibly know how to strike just the right balance?

“It’s critical that parents see the big picture and realize that sports are just one window in a child’s life,” advises Aubrey Fine, a professor at California State Polytechnic University, a licensed psychologist, and the author of The Parent Child Dance. We often open that window when our children are preschoolers, signing them up for tumbling, or Little League, or AYSO soccer. We let them dabble in hockey and basketball and karate. We have reason on our side: As many studies have made clear over the years, there are great benefits to our children’s cognitive, physical, and emotional development when they participate in activities such as these. Through them, our kids get to explore and discover their passions, inclinations, and abilities.

Come elementary school, many kids start to shed multiple activities in order to focus on just one. Parents who encourage their kids to dedicate their efforts often to do it for practical reasons — it’s easier than juggling multiple sport schedules, and makes more time for increasing homework loads — or because they want their children to experience being really good at something. Some parents see it as preparation for a spot on the middle- or high school team. Others are hoping to recoup the cash they’ve shelled out on camps and private lessons with a college scholarship somewhere down the line.

In his parenting book, Positive Pushing, Jim Taylor, Ph.D., an expert in performance psychology, says that parents often struggle with these decisions, knowing that if they push kids too hard, they may rebel and achieve neither success nor happiness. If they don’t push hard enough, their kids may be self-satisfied and unmotivated. “Popular sports- development culture tells us that if our kids aren’t specializing early, they will be left behind,” he says. “(But) if they are under 12, they are still figuring out whether they really like a sport and want to commit to it. They need to own the sport and find their own reasons to want to work hard,” he says. Sounds simple enough. But putting it into practice can be anything but for parents uncertain what the ultimate result of pushing — or not — will be on our children.

John O’Sullivan, founder of the Changing the Game Project, says we need to take the pressure off our kids and ourselves. This is because kids need three essential ingredients to excel at, and stick with, any given sport or activity: enjoyment, ownership, and intrinsic motivation. All of these come from within each one of us, not from parental pushing or prodding. Yet the stereotypical Tiger Mom — a term for parents known for their hyper-vigilant, tough-love style and laser focus on achievement and performance — has evolved in response to a mounting societal pressure to propel kids toward success (or even just help them keep up with the pack).

Most of us would probably hope that our parenting style would fall somewhere in between the Tiger Mom and her polar opposite, the Elephant Mom, as she was dubbed in a recent article in The Atlantic about parents who encourage their children without focussing on winning or success. But few of us feel confident we know how to define that middle ground, let alone commit to it.

While there are plenty of examples of superstar athletes who zoned in on their sport and have hammered away at it since childhood — Tiger Woods or the Williams sisters, for example — most experts agree that even if you hope your kid will one day achieve starting lineup status, it’s better for him to play multiple sports, because it makes him a better all-around athlete. A University of California, Los Angeles study surveying nearly 300 college athletes found that 88 percent of NCAA Division 1 athletes played two or three sports as children, and 70 percent did not specialize in one sport until after age 12. Studies also show that early specialization often leads to injuries, such as concussions, sprains, and torn ligaments. And, it can also lead to a hasty burnout for kids just getting their footing in life.

A practical argument against pushing your kid toward one pursuit is the sacrifice it entails. Because of the time demands — for lessons or practice, private training, and travel — plenty falls to the wayside, like homework, friendships, family dinners, a weekend in the mountains, even a night to just chill out on the couch. Not to mention the sacrifice required by parents and siblings of the rising star, who give up time, and often financial support, for their own interests. “Forget about letting my youngest join a team, trying to squeeze in a Saturday workout for myself, or planning a family getaway — soccer for Michael nearly consumes our schedule, nearly year-round,” says Shaw. So much for simplifying the family schedule by reducing your child to one sport; specialization blows that dream right out of the water!

Regardless of the science that supports a parent dissuading a kid from fully committing to a sport in his early years, there are still so many examples of kids who dedicate themselves to a sport while still in elementary school, and who see the benefit that comes from the time and hard work they put into it. Patricia Moore, mom of 9- and 11-year tennis devotees who have been playing since they were 5, was recently asked by the mom of a tween girl if she thought her fifth-grader could take up the game and advance quickly enough to make the middle school team come seventh grade. “Of course it’s not too late to learn to play tennis at age 11, but you simply have to play a lot of tennis to get good at it, and because it’s such a mental game, it helps if you have played competitively and are used to having all eyes on you,” says Moore. Her kids attend tennis lessons and clinics several days a week and routinely compete in tournaments, year-round. It will be tough for a tween tennis newbie to earn a spot on the team, competing against kids like Moore’s who have been on the courts since they were in kindergarten.

The experts see no reason to quell true passion for a sport, like that of the Moore kids. But they say it’s important to strike some sort of balance for the good of your child and your family life. “Parents worry that their kids will lose out if they don’t give them appropriate training, but their focus should be on making positive experiences and raising well-balanced individuals,” says Fine. “There’s so much beyond being a super athlete.”

Moore knows this, and encourages her kids to participate in other activities — a running club and basketball, for instance — to develop overall athleticism and prevent injuries. This kind of diversity is mirrored even at top training clubs around the world, where young players in any given sport take tumbling, gymnastics, yoga, and martial arts to build other strengths and avoid injury.

For kids who like their chosen sport but seem to waiver when going gets tough, Taylor says it’s worth giving a little push. “If parents don’t encourage kids to stick with it when it gets tough, the child may never find out what he is capable of and will miss out on the satisfaction of moving out of his comfort zone and pushing his limits,” he says. “If you push him to try harder and persist longer, he is more likely to face his discomfort and attain a higher level of achievement and satisfaction.”

Of course, you still have to figure out when to say when, because nothing kills a kid’s enjoyment faster, or more permanently, than an overly-pushy parent. Studies show that 70% of kids drop out of organized athletics by age 13 — some due to financial or time constraints, but most because playing just isn’t fun anymore. “As we become actively involved in our children’s activities, we must realize that our role is that as spectators and supporters,” says Fine. The events themselves belong to our kids.

“At the end of the day, the real purpose of sports is to let kids feel like champs, enjoy themselves, and benefit from a healthy body and mind,” says Fine. How far they go, ultimately, should be up to them.